Do you struggle to keep your eyes open during the day? Does it feel as if no matter how much you sleep you’re always tired?

While it may be easy for others to write you off as lazy, your excessive sleepiness could be a sign of an underlying sleep disorder. See if your symptoms match up with hypersomnia, and learn what causes this sleep disorder and how you can treat it.

Hypersomnia (also known as hypersomnolence) directly translates to “excessive sleepiness.” People with this condition have an exceedingly hard time staying awake during the day and they may even fall asleep with little warning — even while working or driving. Anyone can experience the symptom of hypersomnia from time to time.

In fact, according to the National Sleep Foundation as many as 40% of us will battle excessive tiredness at one point or another.

However, for some people hypersomnia becomes a near daily struggle and that’s when it becomes a disorder.

People who experience chronic hypersomnia are divided into two categories:

Secondary hypersomnia can result from a variety of conditions which will be discussed in detail below. While it’s more common than primary or idiopathic cases, it remains a rare disorder affecting only 5% of the population.

What Are The Symptoms Of Hypersomnia?

Hypersomnia usually first presents in the late teens to early twenties; however, it can occur at any age even in young children. The intensity of this disorder can vary widely between individuals and over time, and is even known to spontaneously resolve itself in 10-15% of cases.

There are three main features of hypersomnia:

It’s these three symptoms together that make hypersomnia unique.

While it’s normal for someone suffering from sleep deprivation to experience some level of excessive daytime sleepiness, those with hypersomnia typically get above average amounts of sleep yet still have trouble staying awake during the day.

Additionally, although they may nap frequently and for extended periods of time, these naps do little to relieve the feeling of exhaustion.

People with hypersomnia may sleep well over 10 hours per night, and they sleep very deeply. Because of this they have a lot of difficulty waking up — often requiring several alarms or other aids.

However, when they do awaken they feel unrefreshed and have symptoms of sleep inertia and sleep drunkenness (both of which are characterized by difficulty achieving alertness, brain-fog and disorientation).

Hypersomnia may also cause symptoms related to general sleeping problems, such as a lack of energy and difficulty thinking clearly. Occasionally people with this disorder are hypersensitive to sedative medications and alcohol. 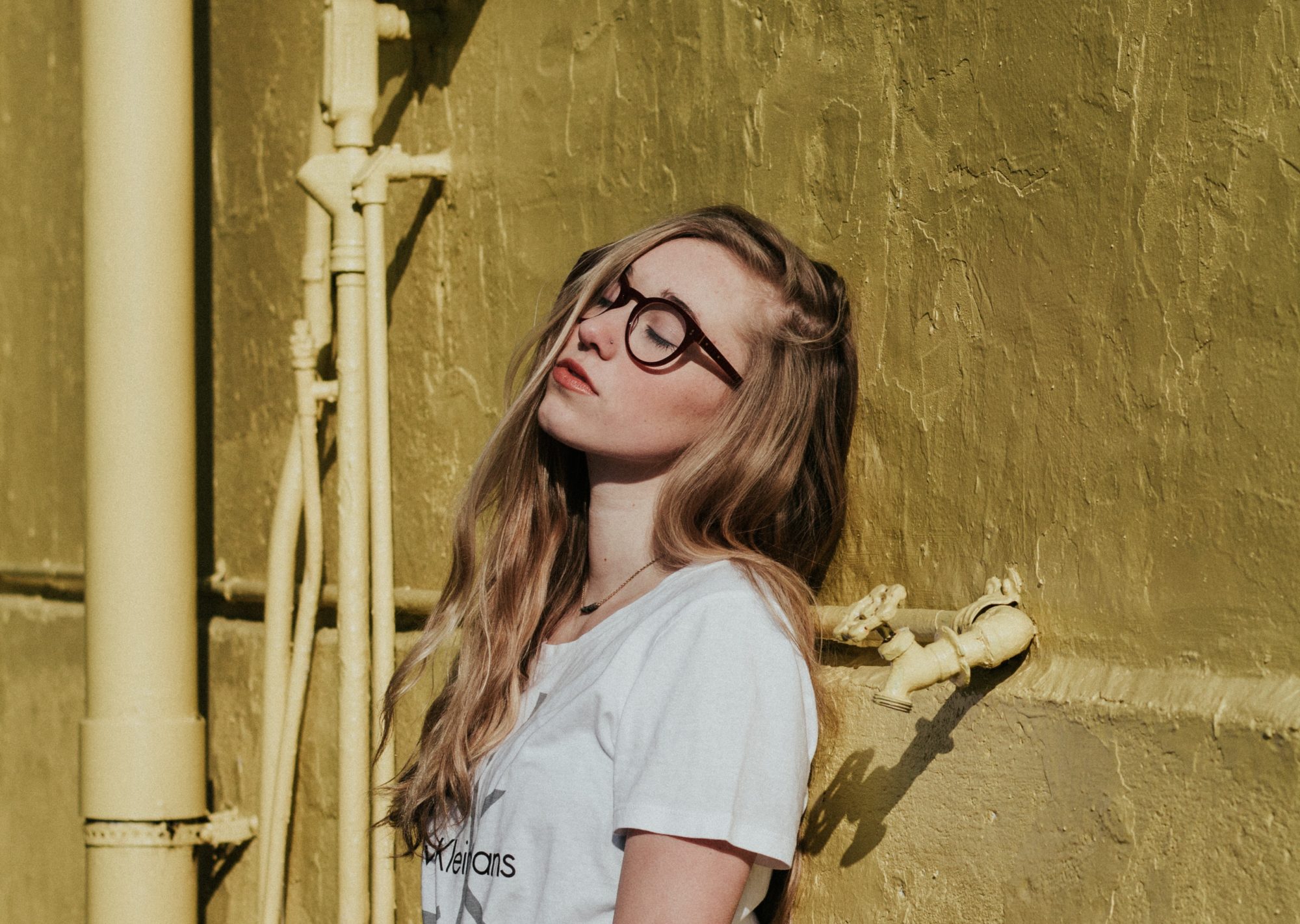 As we touched on earlier, there are many conditions that can result in secondary hypersomnia. In these cases hypersomnia is caused by a disruption to your sleep or energy levels and is considered a symptom rather than a disorder unto itself.

Common conditions resulting in hypersomnia are:

Narcolepsy and Kleine-Levin syndrome are sleep disorders that both have hypersomnia as their predominant symptom.

For this reason, they fall under the category of primary hypersomnia — although you will typically simply hear them referred to by name.

While narcolepsy is more widely known, Kleine-Levin syndrome is a particularly extreme form of hypersomnia.

The presentation of this neurological disorder have earned it the name Sleeping Beauty Syndrome as it causes episodes of intense sleepiness during which the patient spends nearly the entire asleep — only waking to eat or use the washroom.

This disorder typically strikes in adolescence, and symptoms may persist for over a decade.

While the precise cause of idiopathic hypersomnia remains uncertain, evidence suggests it may be due to an overproduction of an extremely small natural bioactive substance which acts similarly to a sleeping pill. This molecule, suspected to be a peptide, is referred to as a “somnogen” due to its ability to hyper-excite receptors for the neurotransmitter γ-aminobutyric acid (GABA) which promotes sleep.

How Is Hypersomnia Diagnosed?

It’s important to talk to your doctor if you are experiencing hypersomnia. You may have an underlying medical condition, or — if your hypersomnia is primary — you may require medical intervention to relieve your symptoms.

Your doctor will ask you questions about your sleeping patterns: How much do you sleep? How do you feel when you wake up? Do you fall asleep during the day?

Which Tests Used in Diagnosis?

The main goal of testing is to determine whether your hypersomnia is primary or secondary. There are a variety of different tests your doctor may request you have done to help them with your diagnosis.

A physical examination along with blood tests and occasionally a computed tomography (CT) scan or electroencephalogram (EEG) will help eliminate various physical conditions as the cause.

If another sleep disorder or primary hypersomnia is suspected, you will likely be referred to a sleep specialist for further testing. These may include:

The ESS is a questionnaire designed to assess your level of daytime sleepiness. You will rate the likelihood that you will fall asleep — using a scale of 0-3 — during a variety of activities (such as watching TV and driving.) The values you give are then tallied together and a score over 10 is considered abnormal sleepiness.

A polysomnogram is the most in-depth sleep test that is used to diagnose many sleep disorders.

You will stay overnight in a specialized lab while doctors track your heart rate, breathing, blood oxygen levels, brain waves among other clinical measurements.

The data is then analyzed for any clues as to what is causing your symptoms.

The MSLT is a more objective measure of daytime sleepiness. You’ll be asked to take 5 naps, spaced 2 hours apart, and time how long it takes you to fall asleep. People with hypersomnia will drift off significantly sooner than those with normal energy levels.

Idiopathic hypersomnia (that which has no underlying cause) has specific diagnostic criteria. You must experience your symptoms for a period of three months or more, and your MSLT result should reveal a sleep latency period of ten minutes or less. Additionally, polysomnography must show no evidence of abnormal REM sleep latency, as seen in narcolepsy.

A diagnosis of hypersomnia can be confirmed by using a lumbar puncture and testing your cerebrospinal fluid (CSF) to measure levels of the neuropeptide hypocretin which is likewise implicated in narcolepsy with cataplexy. The CSF can also be examined for potential GABA receptor function enhancement in the lab.

What Treatments Are Used For Hypersomnia?

How to treat hypersomnia depends on what is causing it and whether it’s a secondary or primary condition.

If a medical condition or another sleep disorder has been identified, then treating this underlying cause will typically resolve the symptom of hypersomnia.

Similarly, if your symptoms are the result of a medication you’ve been taking, switching off those drugs (with the guidance of a doctor) may eliminate your hypersomnia.

Everyone with secondary hypersomnia should follow basic sleep hygiene guidelines. Even if sleep deprivation is not the main cause of your excessive sleepiness, getting the right amount of sleep each night and follow a sleep-wake schedule may help to alleviate your symptoms.

It’s also recommended that you avoid alcohol and caffeine in the evenings.

Unfortunately when it comes to primary hypersomnia treatment options are more limited. The most common approach is to take stimulants (such as amphetamine) in order to promote alertness and keep sleepiness at bay.

Sometimes certain antidepressant medications that help regulate sleep cycles can also be successful, as well as the new medication modafinil which is used to promote wakefulness in narcolepsy.

PrevPrevious7 Surprising Ways Sleep Affects Your Weight And How You Can Shed Pounds In Your Sleep – 2023 Weight Loss Hacks
NextHow Technology Affects Your Kid’s Sleep Quality: Protect your Children From These Sleep Disruptors in 2023Next